Mariska Majoor about sexwork and sexworkers

“As a sexworker you have the same rights as any other human being in the world. Nobody has the right to touch you without your permission for free or for money, that really makes no difference. But for a lot of people, and sex workers in other countries it’s not like that. Especially countri 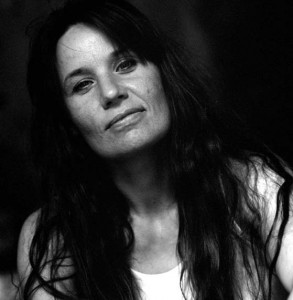 es, where they have difficulties with human rights and women’s rights, as a prostitute you don’t have any rights. And people still use your service. They still want to have sex with you but they do see you as a bad woman, or as an animal or as piece of trash, whatever. That really hurts me. When I see women coming from situations like that, I don’t know, a lot of things happen to me. I become angry, I become frustrated. But I never feel pity… I feel frustrated, angry, shocked, that all these shit happening. But these women are very strong, very powerful. They can stand up for themselves and they want to. But in a lot of countries you’re life in danger when you want to stand up for your rights as a woman, or as a sex worker.”

“You need to be brave to be a sexworker. So you don’t have to feel pity for sexworkers. Maybe some times for circumstances. In general, you should not feel pity for people. You have to be careful with victimizing people. When you feel vulnerable its impossible to stand up for yourself, to fight for your rights, for better working circumstances. I really believe that this is the worst thing to a person victimizing him or her.”

Mariska Majoor founded the Amsterdam-based Prostitution Information Center. http://www.pic-amsterdam.com/ She talked about sex workers in Amsterdam and around the world.

—————-
Mariska Majoor (1968) was born in Hilversum and started working as a prostitute when she was 16. At first in a “private house” brothel and later behind a window in the Red Light District. At that age, her life was centred mainly on the street and bars. Mariska does not view this period negatively. It was simply her lifestyle. Working in the sex industry was almost a logical step during that boisterous time of her life. At one point, she needed money to buy a dog and thought that sex work was an excellent way of doing that.

During the time she worked in the sex industry, she didn’t think much about the “how and why”. She saw it as work, called it that and was very satisfied with the high earnings.

However, Mariska was bothered by the non-understanding and denigrating looks of passers by in the Red Light District. She only realized much later that the rest of the world did not see sex work as something as “normal” as she saw it. Mariska stopped working as a prostitute and opened the Prostitution Information Centre (PIC) in 1994.

In 1997, Mariska had a daughter and in 2008 she opened the gift store ROOD on Warmoesstraat in addition to PIC.  www.roodismooi.nl

During recent years, Mariska has published the magazines “Pleasure Guide” and “De Rode Lantaarn” (the red lantern) as well the books “Als sex werken wordt” (when sex becomes work) and “De Wallen in Beeld” (the Red Light District in pictures). She also participates in various consultative bodies such as the “Landelijk Prostitutie Overleg” (national prostitution consultative body) and the “Platform Positieverbetering (Migranten) Prostituees” (platform for improving the position of (immigrant) prostitutes). She has also involved in the many political consultations that have been held during recent years in the Netherlands.

Mariska gives weekly lectures and presentations about prostitution and the Red Light District in the PIC. Every Saturday afternoon, Mariska is present at the PIC. She also gives individual workshops that give insight into the world of window prostitution by appointment.