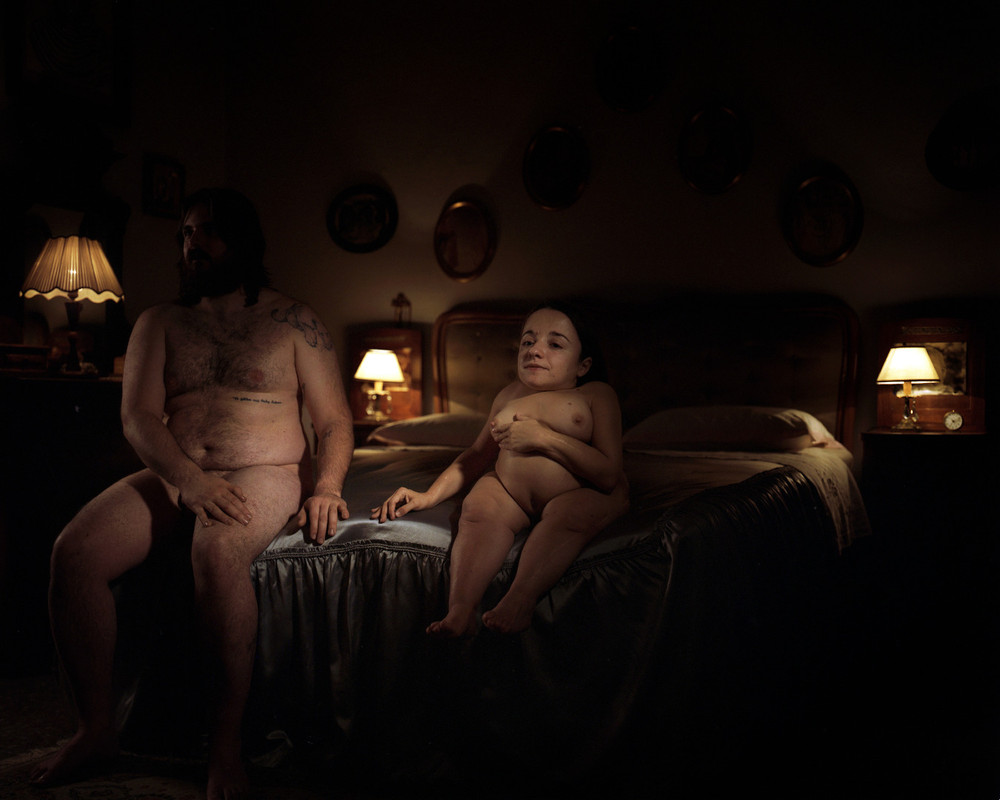 Showing a naked body in public may still be considered as a means to draw people’s attention over a social matter, especially when the boundaries of ideological spaces defined by the traditional socio-sexual roles are openly trespassed.
People with disability in most cases feel the discrimination of not being considered entirely as a man or a woman: instead they feel treated either as children, either as beings belonging to a third gender, neutral with no libido. As a consequence, people normally appears still embarrassed, if not offended, when it comes to openly talk about sexuality and disability.
These images portray people, who are suffering from this kind of discrimination, but are not willing to give up their fight choosing a direct way to express themselves revealing their intimacy. via www.lensculture.com