How (not) to be a woman in this world 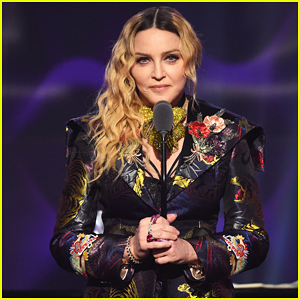 Open, brave, sharp,  honest, deeply personal and powerful. This is what we need more to make the world a better place. Not only for women…

Throughout her remarks, Madonna spoke openly about her eventful life and career, sharing plenty of wisdom.

She addressed her rape as a young woman in New York, a deeply personal subject she has spoken about previously, as well as the loss of many friends to AIDS. From these tragic events, she learnt vulnerability and power: “There is no real safety, except self belief,” she said.

“There are no rules, if you’re a boy,” she said. “If you’re a girl, you have to play the game. What is that game? You are allowed to be pretty and cute and sexy, but don’t act too smart. Don’t have an opinion.

“You are allowed to be objectified by men and dress like a slut, but don’t own your sluttiness and do not — do not, I repeat — share your own sexual fantasies with the world.”

“As women we have to appreciate our own word, each others’ word. Seek out strong women to befriend, to align yourself with, to learn from, to collaborate with, to be inspired by, to support, and enlightened by”.